Ronald has been supported by Avalon since October 2014, and in that time has made some incredible leaps towards further independence, whilst enjoying life to the fullest!

Travel is often a barrier that can stop people achieving goals, particularly ones that involve getting somewhere that is far from home. Living in Doncaster, which has great rail connectivity, Ronald wanted to take advantage of the railway system and go on some excursions.

So in January, Avalon supported Ronald on a trip to York, which would represent his first railway journey. The day was planned and the times were researched so that Ronald knew what trains he would be getting and when. This was such a success that after a fantastic day visiting the Railway Museum, The Castle Museum and the Minster, Ronald felt confident enough to take the train home independently. His family were there to meet him at Doncaster station and all agreed this was a huge step forward that has led to ever more independent journeys.

He has since taken bus trips to town, where he meets Avalon Support staff to play snooker and watch football matches (sadly the match results aren’t always up to scratch when you’re a long suffering Doncaster supporter). Ronald has also joined a local club on Thursday evenings where he has made many new friends and plays pool and dominoes with the other members.

More recently Ronald took a trip a bit further afield to Hull (another first for Ronald), where he visited The Deep. The highlights of the visit were a particularly impressive encounter with a stingray and some sharks! Of course Ronald took the train home afterwards.

All of these fantastic things have happened as a result of Ronald’s passion to do more and to become more independent. He has become so much more confident, and Avalon Support Co-ordinator Kate Richardson says “He’s got a brilliant sense of humour. We have a great laugh together and it’s wonderful to see him doing so much. When it comes to what Ronald can achieve, the sky is the limit.”

Find out more about supported living. 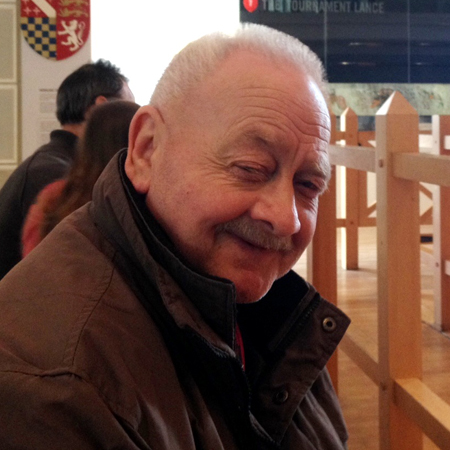